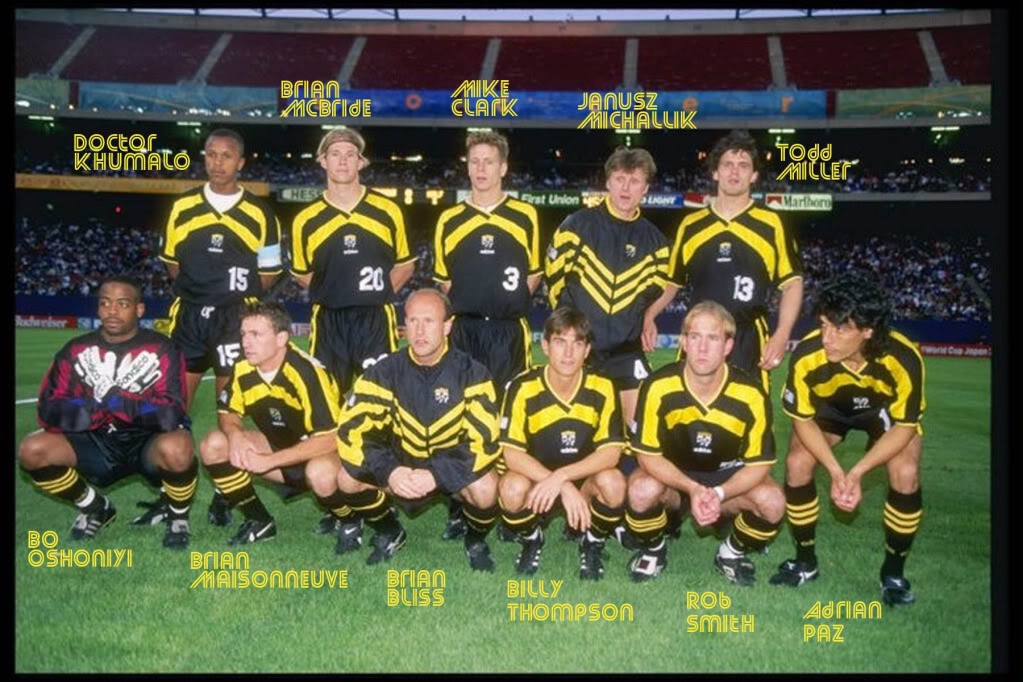 MY PERSONAL EXPERIENCE: In 1996 I got this Crew jersey for my 10th birthday and thought well hey if I can look the part, be the part, and I joined the Marion Hurricanes travel soccer team. It did not go well. Even with my strong YMCA experience, I discovered I wasn’t quite made out for the beautiful game. Still had that sweet jersey though. 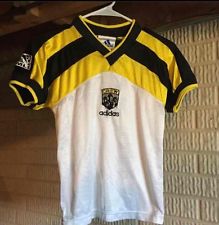 Like hockey, I am the first to admit that I am not super soccer, excuse me footy, excuse me futbol fan. However I’m always for pulling for the local sports team. So when Columbus got a founding franchise in Major League Soccer, I jumped on the bandwagon. I can remember going to a few of those early games and thinking “Hey that’s not Eddie George.”

But as Columbus is usually wont to do the team was embraced right from the start, drawing tens of thousands of fans to the Horseshoe, which might not have looked impressive on TV but still strong enough to be tops in the league in attendance. What Columbusite (? Come on Columbus people we have never been able to settle on this one, come up up with something) wasn’t immediately on board with Brian McBride? 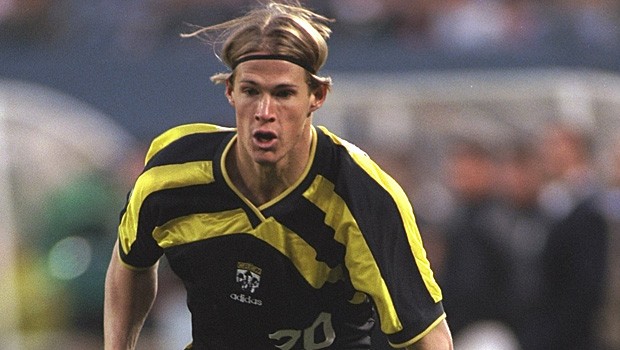 So today we look back at a short summary of that inaugural season, featuring the people of the beautiful capital city. We’ve grown up a little bit since we were just Chillin’ but not too much and not enough to take away that special 90’s aura. Let’s get to the tape.

I can’t quite confirm if my guy here is wearing a puca shell necklace but one can certainly hope, right?

They’re dangerous and pretty unnecessary but makes for a good visual don’t it? Also, anything having to do with soccer in the 90’s was contractually obligated to use the version of Ole Ole Ole you hear playing in the background. That way you know it’s soccer!

Credit to McBride for going Lambeau Leap here, with the old Horseshoe track that was quite the run to get there. And shoutout to Fuji Film, eternal 90’s sports sponsor that I never saw anyone actually use the product.

Call me crazy and I’m probably in the minority but I was always a fan of the random 3 dudes Crew logo. Some didn’t like it because of the tinge of “We work hard, we play hard” but it was unique and I liked to think the center guy was Tommy Lee Jones Two Face. 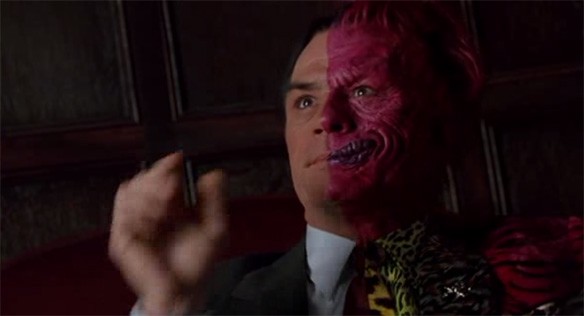 Also, I continue to refer to the Crew as America’s Hardest Working Team and dadgummit try and stop me.

1.) Couldn’t get anyone to model the new jerseys?

2.) Couldn’t at least put a mannequin head on top so the spring heads hanging in effigy aren’t haunting my dreams?

I say we have every referee/umpire wear these uniforms. Try telling me the NFL wouldn’t be at least 15% more enjoyable if you saw Ed Hochuli trotting out to give his long-winded explanation in a full aqua ensemble.

Obviously they were contractually obligated to use EMF’s “You’re Unbelievable” for the Crew fans segment, but I’m much more partial to “You’re Crumbelievable”

We didn’t really question President Clinton’s decree in 1996 that everyone must be ready to perform the Macarena at a moment’s notice, no matter the age.

Speaking of contractual obligations, you were also required to wear this hat to all Crew games and trips to Cedar Point. I can only imagine how many of these ended up in the Columbus and Sandusky landfills.

2) I get that drums are part of the Crew culture but just don’t come at the king. 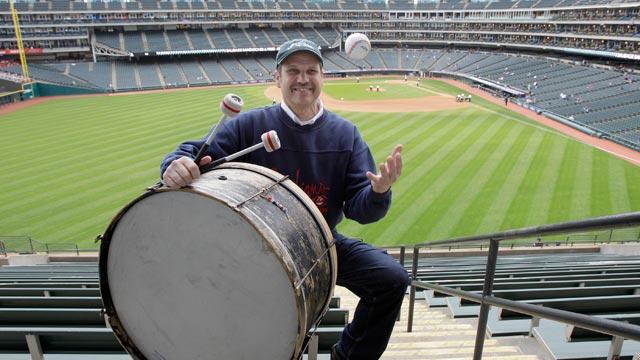 I mean, this pretty much sums up my soccer watching experience:

“Well we like to tailgate, like to come out and cheer for the Crew, watch them score. What else, Pete?”

“During the game we like to cheer and shout with the other crowd.”

Come for the soccer analysis, stay for the old school bag of Doritos. You give them to me now.

Your regular reminder that it’s probably not a good idea to bring a sign to the game. The success rate is about .0003 percent, with the only acceptable signs of Nobody Beats Cleveland when NBC is covering a Cleveland sporting event, Austin 3:16 and T.O. has B.O. Prove me wrong.

Stop it. #BanTheWave. On the other hand….

….Bring back Crew Cat and the old Horseshoe scoreboard graphics. Crew Cat was great because kitty and it just rolls off the tongue nicely. And scoreboard graphics are like video games to me, the simpler the better. Hell, I say get the Nintendo era sound to go with it.

More difficult: Most carnival games or this kick? I mean, that was perfect! I imagine there were Crew players making around $10,000 at the time so I guess I don’t blame them for upping the difficulty level to All-American.

When the direct deposit hits:

Why yes that is noted Cleveland sports fan of ESPN fame Jay Crawford rocking the Wall to Wall Sports long sleeved polo touting the Crew. Everyone’s on board.

I’ll tell ya, that Crew fan contract was long. I had completely forgotten about the stipulation that in 1 in every 4 fans was required to wear the Tony Meola goalie jersey. 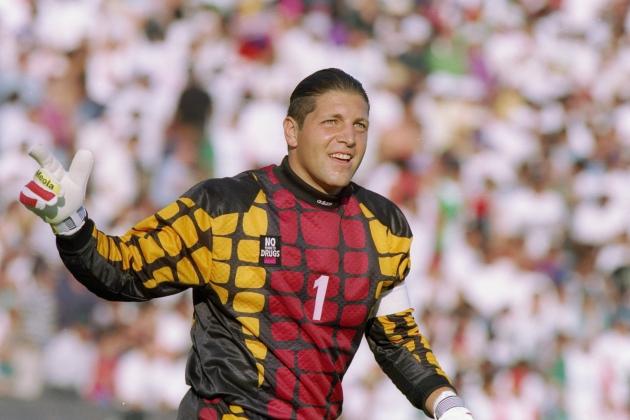 We’re back to “Ole, Ole, Ole” so you know you’re watching the soc–OOO GET RUN OVER THEN, NEW YORK/NEW JERSEY METROSTAR.

At least I think it’s the Metrostars, I don’t know either way it’s hard to dignify a team that had to be title New York/New Jersey. Every Cincy team should be Cincinnati/Kentucky then.

The YouTuber who uploaded this video declared this goal the best he’s ever witnessed and I mean, I’m not really opposed to making this the secondary logo behind the 3 Live Crew logo mentioned previously.

I mean, I’m not saying have an Adrian Paz wig night. I’m demanding it. Now I get why they call it the beautiful game.

The next minute or so is a highlights montage on par with that of any 80’s-90’s sports movie montage. I half expected it to end with a big upcoming match against the Russians. Instead it ends with a fade to an interview with former Mayor Greg Lashutka. Hey he played for Woody though. 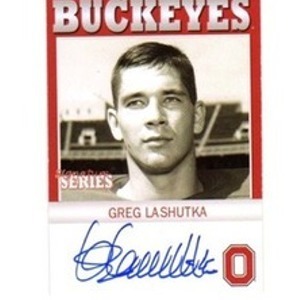 Cabot Rea here to tell you all about the new “Sports and Entertainment District” and well, at least they got it half right with the arena? Certainly would have been interesting to see how the dominoes would have fallen with Nationwide Park as well. But hey, what other MLS stadium can say it has an old time village in its backyard?

The don himself Dom Tiberi here to tell you about the proposed Crew training facility in Obetz that did come to fruition but here’s the thing: I’ve lived in Columbus off and on for almost a decade and I’m not convinced Obetz exists. I’ve never been through Obetz, I’ve never met anyone from Obetz, I’ve never heard anyone say “Yeah I’m heading out to to Obetz tomorrow.” It might as well be Oz. That’s your mission to take from this post, prove to me Obetz exists. We’ll see you next time,