What: Coverage of the last Cleveland Browns game in 1995 before they moved to Baltimore 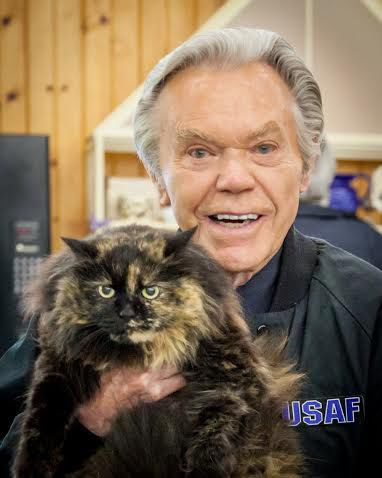 My personal experience: I have a strange relationship with the Browns moving. I was 9 at the time so I feel like I should remember more but for some reason I’ve just blocked it all out like a traumatic experience. Part of it might have had to do with it all being off the field action and again, I was 9. I can still recite you the ’95 Indians starting lineup but can’t say I recall the intricacies of stadium and municipal financing in Cuyahoga County. I’ve failed my civic duties.

Most of my “old” Browns memories consist of old sweatshirts, the occasional awesome moment and like I mentioned previously, waiting in Disney World-esque lines to get the autograph of a middling quarterback. They were certainly better than the current iteration of the Browns but I feel like I had this exchange on several occasions in our house:

Dad: Kids, I have some bad news.

Hey, the more things change, the more they stay the same. By the end of the 1995 season the deed had already been done on the move to Baltimore. Locals claimed there was still an “effort” going on to keep the team but by that point it was like Homer’s pig: It’s gone. So there had to be a “last game.” There are many good videos documenting the day out there, from a heavy metal compilation of fans tearing apart the stadium to the NFL Films segment featuring the Browns fan I feel should be the secondary logo:

To this day 65% of Browns fans probably attend games with a handsaw just in case.

However the clip I chose today comes from the WJW newscast following the game so we can get a little more fan insight as the ruckus went down. Let’s go to the tape.

Ah yes, the most common sight at Browns games. No, not the beleaguered owner about to be hung in effigy. The guy in the team gear having nothing to do with that day’s game. The Browns were playing the Bengals this day so obviously a hotbed for rabid Miami Dolphins fans. I was at a Browns-Ravens game about 7 years ago where some Browns fans approached a guy decked out in Oakland Raiders gear.

Browns Fan No. 2: “YEAH WELL RAIDER NATION BETTER GET THE HELL OUT OF MY STADIUM.”

I didn’t get a chance to see the aftermath but if it was par for the course they got in a fistfight then bought each other beers, otherwise known as a Cleveland Brown handshake.

EIGHT. IS. NEWS. Gotta respect the 8 doubling as the lowercase g. Gotta hustle.

I don’t know what my guy with the wig-looking thing is doing on the left, I like to imagine it’s a Wolfgang AmaDAWGPOUND Mozart type character. Or he pulled out insulation from the stadium. Either one is fine.

Like our good friend Collen Marshall at NBC4, Wayne Dawson still going strong at Fox8. Lisa Gauff on the other hand apparently took her talents to Los Angeles. Worse than LeBron, I say.

Wayne keeps referring to “when the gun sounded” to end the game, which it was 1995 I guess the old-timey reference still played. I like to imagine a present day version of using a gun to signify the end of a half or game would be something egregious like Joker’s gun.

Or I could be entirely wrong and they just shot off guns in the old Dawg Pound to end the game. It’s in play.

Not even my investigatory skills could find anything on WJW legend Rey Harris. If you have a treasure trove of Rey Harris facts I’ll start the Rey Harris blog on your behalf, free of charge.

When the news portrays you as looking longingly at the field but really you’re just thinking “Where in the HELL did I park my car?”

Come on now Browns fans don’t cry, we take those feelings and focus them on property destruction.

Should have gone with the full 90’s effect and had….. before the question mark.

“It hurts. The guy tore my heart out. But you know what we’ll get another team and go to the Super Bowl before Art Modell does.”

Well everyone, BLAME MICHELLE. In reality I got nothing but love for Michelle as she just espouses the attitude of every Browns fan when staring in the face of ultimate despair. The Browns could be 20 point underdogs to the Packers and if you walked around the Muni Lot before the game 75% of the fans would be like “AARON RODGERS GONNA RETIRE AFTER THE WHUPPIN WE GIVE HIM.” It’s why Dan Gilbert’s letter was so dumb but so perfect for the Cleveland mentality at the time. I’ll admit I fell for it. Call it gullibility, blind and silly loyalty, whatever, when the zombie apocalypse is pending Clevelanders will be the ones on the front line saying “Big whoop, zombies haven’t been through a northeast Ohio winter, we’ll stomp ’em.”

Speaking of percentages, there’s a 100% chance this near hit ended with quite the verbal spat, if not a full blown fistfight. It’s this type of insight you come to this website for your much needed #analytic #content.

“Now fans are putting their trust into city leaders and the owners of the NFL, hoping that they block the proposed move to Baltimore.” Oh that uhh, that did not go well.

Damn you anonymous Rey Harris for calling out my guy for still being there a hour after the game ended like you’re that usher at the end of The Critic credits.

The messed up tracking for full 90’s effect, respect to the craft.

“The fans got exactly what they wanted, a win against the Bengals in the last home game in Cleveland Stadium.”

And that was that. The Browns moved away, excuse me, went on “pause“, got an expansion team in 1999 that was doomed from the start and have been an eternal dumpster fire ever since. But put the Patriots up in Cleveland tomorrow, Browns by 20.